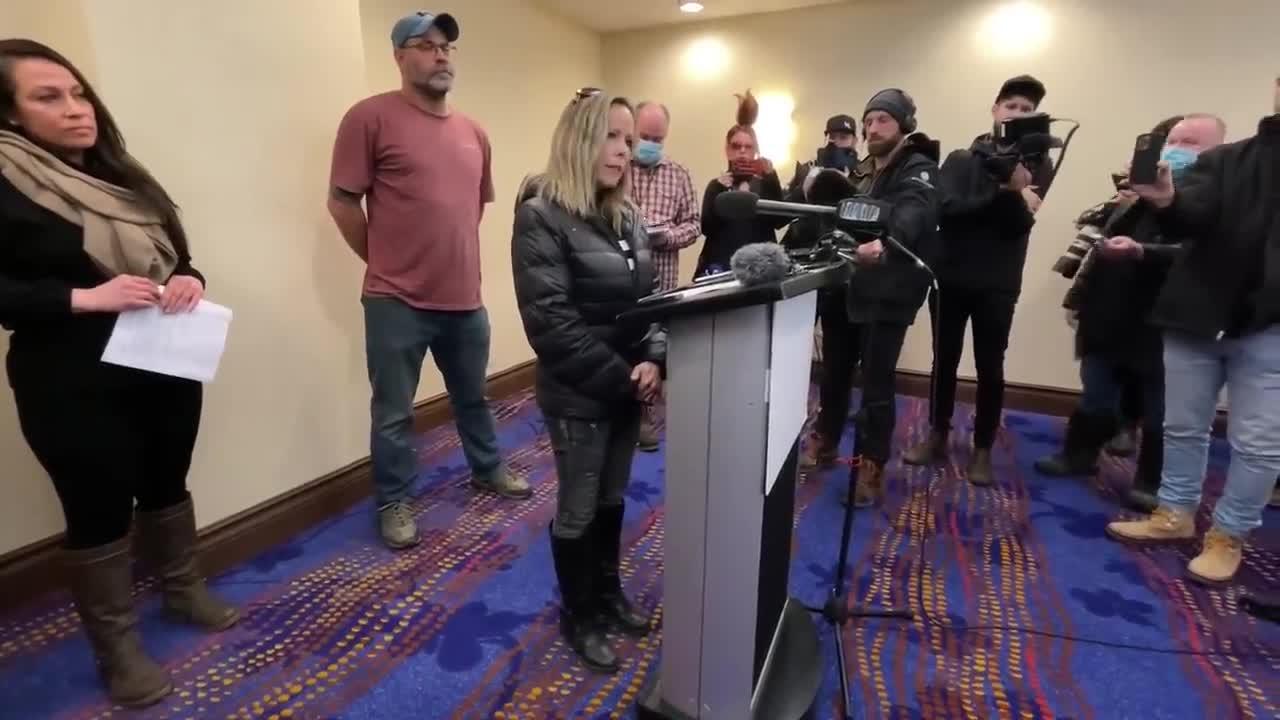 Tamara Lich, one of the leaders of the Canadian Freedom Convoy, was released in March on numerous conditions following her arrest, after being held for weeks without bail.

These conditions included, but not limited to, staying off social media, not to contact several of the other convoy leaders as well as not to verbally, in writing, financially, or by any other means, support anything related to the Freedom Convoy

The Justice Centre for Constitutional Freedom announced that Ms. Lich would receive the George Jones Freedom Award at a ceremony scheduled for June 16th. The Crown attempted to have her arrested for breaching her conditions for agreeing to accept the reward.

This led to a bail review in which Ottawa's Superior Court Justice, Kevin Phillips, ruled this was not a breach of her conditions and allowed her to attend the ceremony and accept the award.

Ms. Lich attended the ceremony, along with her lawyers, and acknowledgement from Justice Phillips, that this would not be considered in breach of her conditions, knowing full well that she would be in close contact with other organizers.

So, the questions to ask is, why does law enforcement feel that a breach was committed when this was already addressed in her bail review, and she was granted permission to attend?

The other matter of importance to note is, extending a warrant from Ontario to Alberta, for a supposed Breach, is not standard practice. As a matter of fact, this is usually reserved for serious offences such a as murder and impaired causing death.

Ms. Lich has now been transferred from Medicine Hat, where she was arrested, to Ottawa, where she will remain in jail until a new bail hearing on July 5th. The alleged breach is Tamara Lich being photographed with Tom Marazzo at the JCCF Award dinner.

The police waited a full twelve days after her alleged breach of parole to arrest her right before we march into Ottawa for Canada Day.

Tom Marazzo served in the Canadian Armed Forces from 1998 until 2015, rising to the rank of Captain. Upon retirement he taught at Georgian College in Ontario until he was fired for questioning the legality of vaccine mandates.

Tom then became a key spokesperson for the Freedom Convoy and was integral in helping to coordinate truck movements, logistics, and negotiations with Police in Ottawa. He now serves on the steering committee for Veterans For Freedom and is currently running as the Ontario Party candidate in the Peterborough-Kawartha riding.

Apparently Ms. Lich is one of only a select few not allowed to be photographed with other specific political candidates or any vocal critics of the current administration.

This appears to be more of a message the government is attempting to send to those in the Freedom movement just before Canada Day.
For those attending any Canada Day celebrations in Ottawa, you have the guaranteed, protected right to peacefully protest under the Charter of Rights and Freedoms.

The current government is clearly acting out against anyone who dares criticize their actions, and have subsequently abandoned any claim to be legimate representatives of the people of Canada.

It's been shown time and again, that the Freedom Convoy and other protests have been nothing but peaceful, and like it or not, are allowed under the Charter. Let's hope this remains a right. Some have already had it taken away.