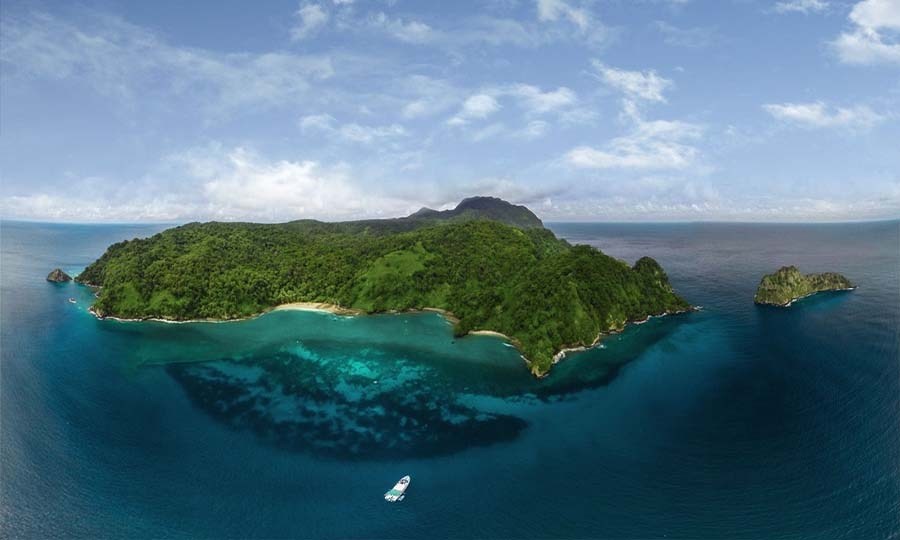 "Through this agreement we are following up on a series of efforts that we have been implementing since the beginning of this administration in terms of security and surveillance. With these actions we want to continue to materialize efforts for the protection and environmental conservation in an integral way. Cocos Island is a unique treasure in the world and we have to protect it permanently, "said the Minister of Environment and Energy.

The island is a unique and exceptional territory due to its geographical location, its origin and geological history and the oceanographic and climatic conditions it supports. It is also part of the Eastern Tropical Pacific Marine Corridor (CMAR), a strategic territory for marine and climatic research.

It has healthy and resilient coral reefs and is the only oceanic island in the eastern Pacific that features humid tropical forest. In addition, it is a site of convergence of migratory marine species, which reach its waters to feed and reproduce, which makes it a key site for the maintenance and conservation of marine resource reserves in the region.

With this agreement, the organizations involved will also support the search for funding sources for the restoration projects, as well as the identification of allied organizations that can provide technical assistance in the implementation phase. For example, initially the ACRXS will provide $20,000 to develop a communication strategy to inform the population and create a fundraising strategy.

This tripartite collaboration will help improve the ecological integrity of Cocos Island and allow the country to learn about the lessons learned and best practices that have been applied elsewhere, as Island Conservation has great experience in the restoration of ecological islands, basing their actions on solid scientific information, which has enabled it to restore 63 islands in both the Caribbean and the Pacific Ocean, positively impacting 1173 populations of 468 species and subspecies.

"For island Conservation this is a unique opportunity to support the management and conservation of Cocos Island and to collaborate with the government of Costa Rica, because of what the island represents as a natural heritage of humanity and to safeguard its biodiversity. We are confident that by combining efforts between Minae and both NGOs, the complete restoration of the island can be successfully completed, said Eliécer Cruz, South America manager for Island Conservation.

Cocos Island has 270 species of fish and of convergence of pelagic (open ocean) species, among them four species of turtles and fourteen of sharks.  In addition, there are 149 species of birds and there are no native terrestrial mammals; The five species that inhabit it, such as the black Rat, the white-tailed deer and the pig, were introduced and therefore strongly threaten the present biodiversity.