According to the legal team at Outlier Legal Services, the use of foreign drivers licenses that were due to expire today has been extended.

According to Rafael Valverde at Outlier:

We thus received today (dated November 13th) a response from the Vice Minister of Transportation Mr. Eduardo Brenes Mata who under advice by their legal department confirmed that foreign nationals who arrived to Costa Rica between December 17th 2019 and November 30th 2020 will have their driver licenses extended until March 2nd 2021."

Considering that this information was provided by the Vice Minister in charge, there is still a possibilty of being stopped by Transitos who do not yet have this information. Outlier Legal recommends that those affected should print and carry a copy of this 2 page document to present to them in the event you are stopped and questioned. 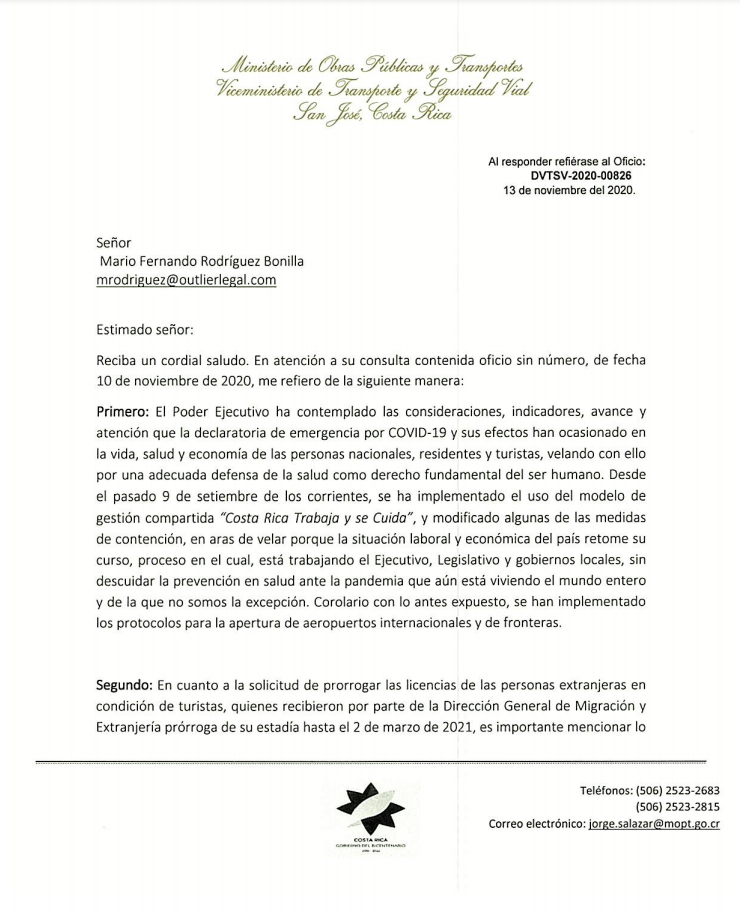 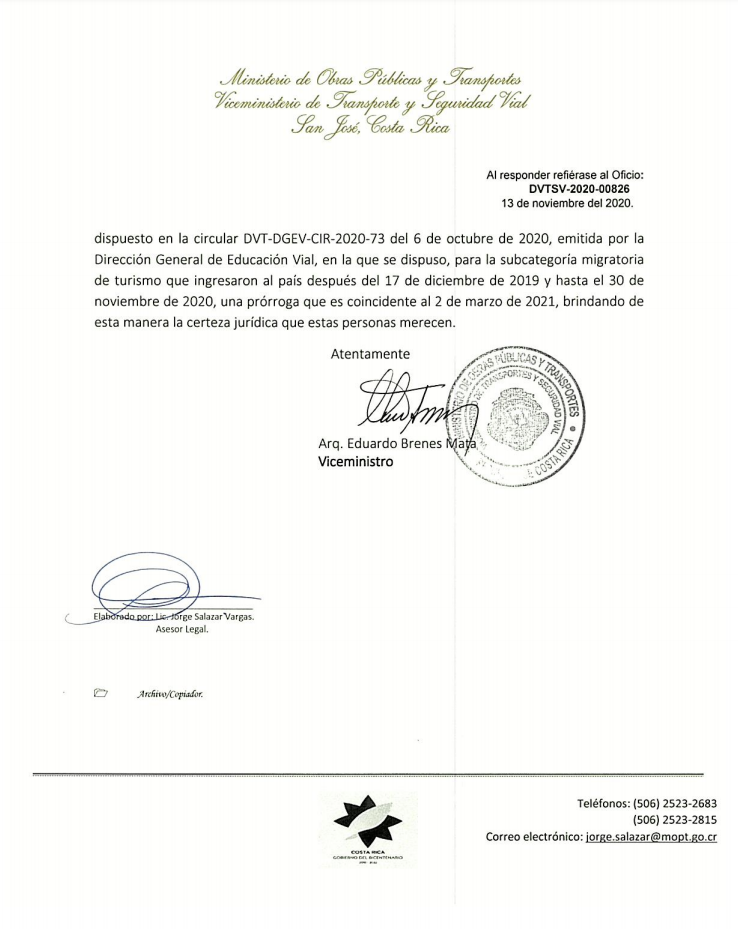 This information is only relevant to those non-residents driving on a foreign driver's license who arrived in the country after Dec 17th, 2019 and before November 30th 2020.