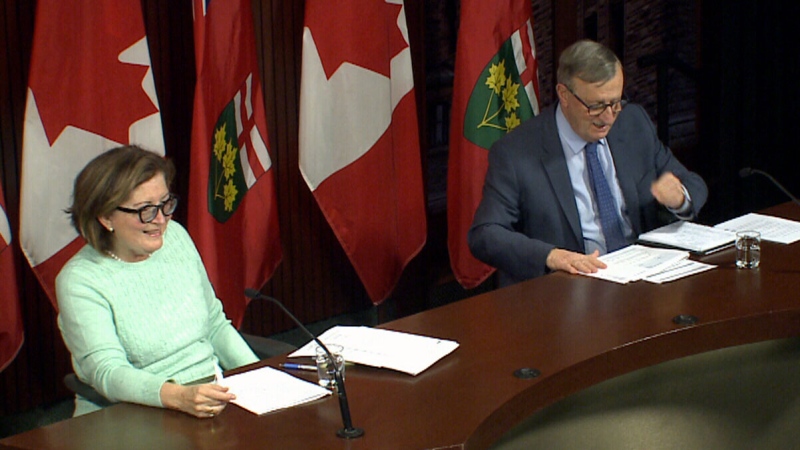 Just prior to a televised media update on Covid-19, the pair were chatting prior to the live broadcast, unaware that the microphones and cameras were on.

What was said sounds innocent enough if it weren;t for the ongoing debate over the "pandemic" and the response to it, presumably based on the advice of medical experts.

“I don’t know why I bring all these papers. I never look at them,” Yaffe states on the microphone. She then chuckles and adds further, “I just say whatever they write down for me.”

When someone in the position of associate chief medical officer says something like this, of course people are concerned and some outraged.

In response to the captured moment in time, Dr Yaffe later explained “My comments overheard on a live microphone before Monday’s 3 p.m. COVID-19 media update were my bantering with Dr. Williams,”

“I was referencing the fact that my communications team prep me for these updates with researched and vetted remarks. Of course, I do speak freely and have no notes for responding to questions from the media. I was also reflecting to Dr. Williams on why I carry around extra paperwork.”

If someone is going to represent the opinion of medical experts and give updates on the current status of the pandemic, one would hope that professional would take the time to read the medical research papers and the relevant statistics prior to making public statements that are used as a basis for public policy.

If instead they are simply going to read a communications bulletin written by others, they are not providing medical advice based on their knowledge and understanding. They are no longer leading. They are talking heads.