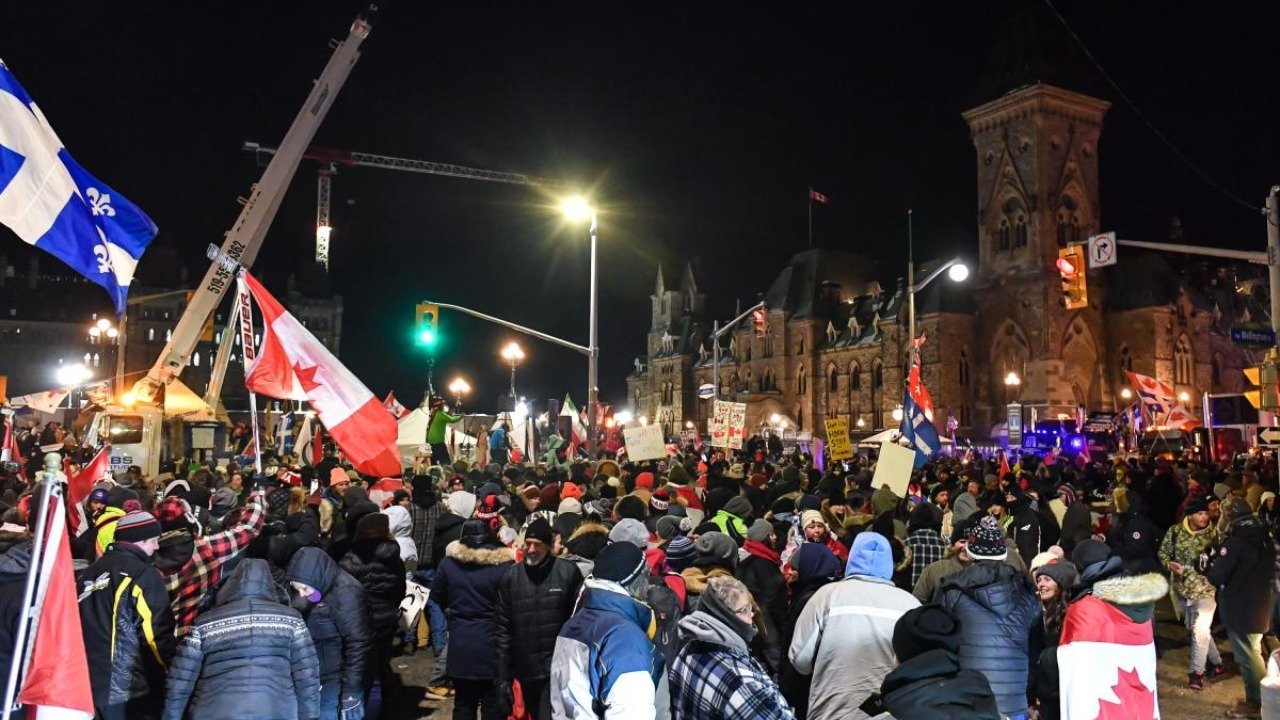 Ontario Premier Doug Ford has declared a state of emergency in the province of Ontario in response to the ongoing Truckers for Freedom protests taking place in Ottawa and along the Canada-US border.

At a press conference Friday, Ford said he will convene cabinet and "urgently enact orders that will make crystal clear it is illegal and punishable to block and impede the movement of goods, people and services along critical infrastructure.

"This will include protecting international border crossings, 400-series highways, airports, ports, bridges and railways. It will also include protecting the safe and essential movement of ambulatory and medical services, public transit, municipal and provincial roadways, as well as pedestrian walkways," Ford said.

"Fines for non-compliance will be severe, with a maximum penalty of $100,000 and up to a year imprisonment. We will also provide additional authority to consider taking away the personal and commercial licences of anyone who doesn't comply with these orders."

Apparently it is now illegal to peacefully protest in Canada, at least according to the Conservative Premier of Ontario,The Leader of the Federal New Demcrats Jagmeet Singh and the Prime Minister of Canada, Justin Trudeau..

While Premier Ford  says the protestors have been heard, it is also important to note that none of these elected officials have ever agreed to sit down and meet with the protest organizers despite consistent requests to do so.

Premier Doug Ford went snowmobiling at his cottage last weekend, while Justin Trudeau had been in isolation at an undisclosed location.during the start of the protest. Neither have offered any indications of a plan to remove their imposed mandates, or a clear statement on what needs to be accomplished before restrictions can be removed.

It appears that in order for the leaders of the country to implement the World Economic Forum Build Back Better Plan, Canada must first be completely dismantled as a democratic nation.

Ontario has a plan to reopen.They just forgot to tell anyone.