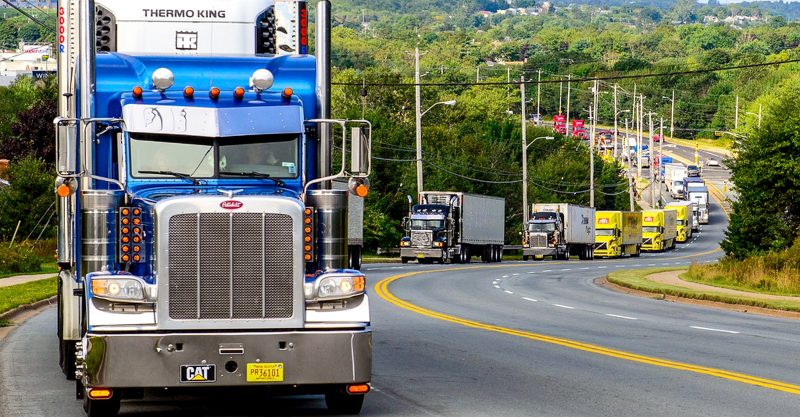 A convoy of truckers departed from Vancouver on Sunday headed across the country to the Canadian capital city of Ottawa protesting the government's COVID-19 vaccine mandate for truckers.

Truckers under the banner Freedom Convoy 2022 (#truckersforfreedom) had raised $3.1 million CDN ($2.3 million USD) as of this morning through a gofundme campaign to fight the mandate. The funds raised would be used to help with the costs of fuel, food and lodgings. The convoy is expected to reach Ottawa on Jan. 29.

The organizer posted the following:

To our Fellow Canadians, the time for political over reach is over. Our current government is implementing rules and mandates that are destroying the foundation of our businesses, industries and livelihoods. Canadians have been integral to the fabric of humanity in many ways that have shaped the planet.

We are a peaceful country that has helped protect nations across the globe from tyrannical governments who oppressed their people, and now it seems it is happening here. We are taking our fight to the doorsteps of our Federal Government and demanding that they cease all mandates against its people. Small businesses are being destroyed, homes are being destroyed, and people are being mistreated and denied fundamental necessities to survive. It's our duty as Canadians to put an end to this mandates. It is imperative that this happens because if we don't our country will no longer be the country we have come to love. We are doing this for our future Generations and to regain our lives back.

We are asking for Donations to help with the costs of fuel first, and hopefully food and lodgings to help ease the pressures of this arduous task.

The trucking industry is vital to ensure smooth flow of goods since more than two-thirds of the C$650 billion ($521 billion) in goods traded annually between Canada and the United States travels on roads. (Reuters)

Of the 160,000 Canadian and American cross-border truck drivers as many as 32,000, or 20% may be taken off the roads due to the mandate, according to the Canadian Trucking Alliance (CTA).

The CTA released a statement on Saturday it does not support any protests on public road ways and the only way to cross the border on a commercial truck is by getting vaccinated. The CTA organization have supported the Liberal Party of Canada through financial donations. 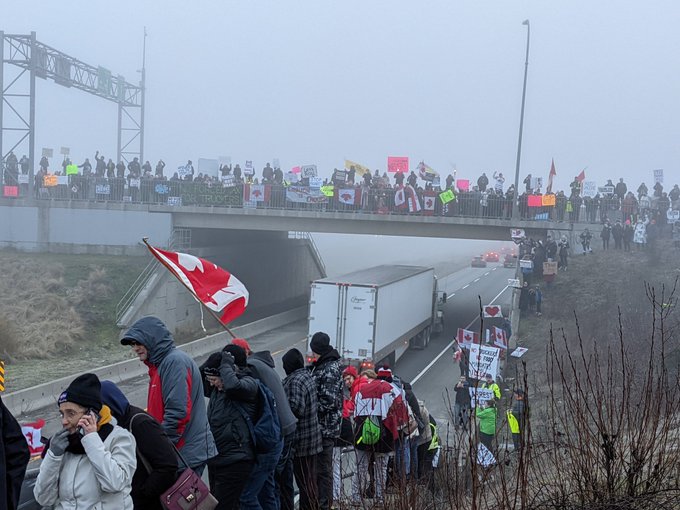 Canada imposed the vaccine mandate for the trucking industry on Jan. 15, under which unvaccinated Canadian truckers re-entering Canada from the United States must get tested for COVID-19 and quarantine themselves.

The Biden government in the US issued a similar restriction requiring all truckers entering the US from Canada or Mexico must be fully vaccinated.

Estimates as high as 50000 trucks are headed to Ottawa this week. For anyone that knows the city, 10 percent of that number would bring the entire city to a standstill.

Unlike the weekend protests in major cities across Canada, this one should be hard for the media to ignore.