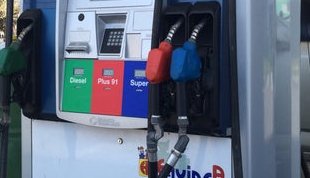 Costa Rica will not escape the rising cost of fuel prices seen across the globe in recent months.

Expect to see longer lines at the gas stations as fuel prices are set to rise this week, after the approval by the national regulatory authority, the Autoridad Reguladora de Servicios Públicos (Aresep).
Fuel prices will rise between ¢88 and ¢131 colones sometime this week, once published in La Gaceta in the coming days

For users of LPG (Liquefied Petroleum Gas ), they will see a reduction of ¢492 colones for a 25-pound cylinder which is good news for homes that utilize LPG for cooking.

The adjustment, according to the Aresep, is due to the international price of the products that were imported between June 10th and July 7th based on the average exchange rate 15 days prior to July 7th. During that time the exchange rate of the colon against the USD was ¢692.85

The value of the colone has since risen against the USD but it does not affect the calculation used by ARESEP. The current exchange rate is almost ¢20 colones lower than the first week in July. Like other items we purchase daily costs rise to cover the increase in the exchange rate yest rarely come back down as the the exchange rate improves. The result is a higher cost of living for all Costa Ricans.

Aresep has not applied the subsidy dictated by President Chaves last month in Presidential Decree 43575-MINAE simply stating it no longer applies, because it was a temporary and short-term proposal.

The objective of that decreewasn to reduce the price of diesel which would benefit the population with the most economic disadvantages, such as users of public transport, and the shipment of goods such as food.

Unfortunately the management at ARESEP has a different agenda than the elected President Chaves.

With this adjustment corresponding fuel prices across the county will be: