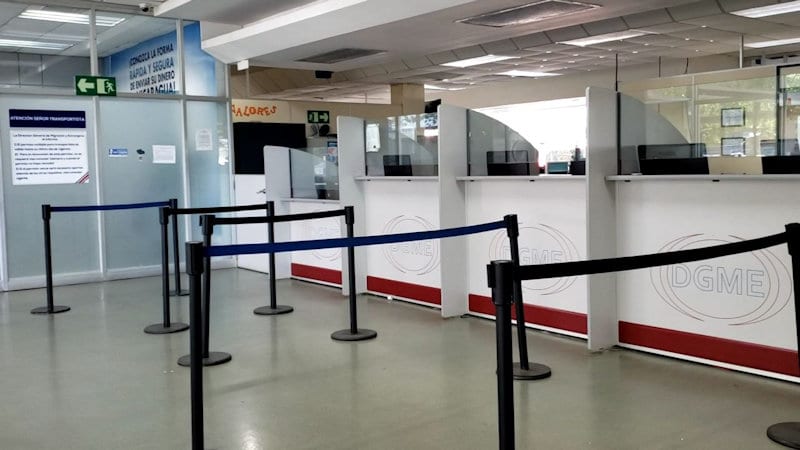 Immigration offices were scheduled to open September 18th, 2020, however that was then postponed until sometime in October. It is not clear why a government service which has a backlog of applications and visas to issue is closed, when they could be using this time to clear the files and prepare for the return of new applicants. It is possible that this is going on behind the scenes, but this has not been confirmed.

Instead, what we do know is that Costa Rica’s Immigration Administrators on Monday issued Resolution DJUR-0132-09-2020-JM which announced that the Offices will remain closed until December 1st 2020 and also extends the validity of tourist visas until March 2021. It only makes sense since the offices have been closed since March 18th, 2020, and people have no way to renew. It is important to note that every month the offices remain closed increases the number of expired DIMEX cards and visas.

As of this announcement, tourists who arrived in Costa Rica after December 17, 2019 through to October 31, 2020, can legally remain in the country until March 2, 2021. After October 31st we're not sure what happens however after December 1st, 2020, the Immigration Officer at the point of entry will determine the legnth of stay. “The period of permanence under the migratory subcategory of Tourism for people who enter the country as of December 1, 2020, inclusive, will be the one determined by the immigration control officer,” as stated in the resolution.

We take this to imply that visitors should not expect to receive a 90 day entry stamp in their passport as they have in the past, but may receive a stamp for the length of time they have medical insurance coverage. This is important since the border with Nicaragua and Panama remain restricted to citizens and residents. You also need a negative PCR Covid Test to enter Nicaragua.

The resolution also establishes the following:

If you have a DIMEX card that expires before January 11th, you should renew as soon as possible to avoid long wait times. Renewals are by appointment only.

For those who are seeking to change their status from temporary to permanent, there are no means available until the Immigration Offices reopen in December.