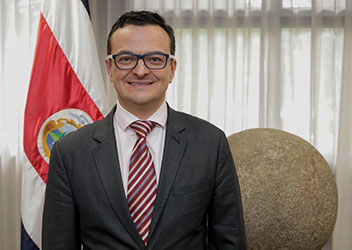 The Minister of Tourism, Gustavo Segura has announced that tourists from another six US States will be allowed to enter Costa Rica as tourists as of September 1st.

"The entry of travelers from these 12 states is allowed because they currently have an epidemiological condition similar or lower levels of contagion to those of Costa Rica".

It is still unclear as to the basis for this statement, considering Virginia is ranked 6thand Maryland is ranked 7th highest for active cases in the US, as of August 27th. New York is 11th, Colorado 18th, Pennsylvania 20th, New Jersey 22nd and Massachusetts 29th. There are a lot more states with both lower numbers of active cases and total cases per million population. Also four of the states had the highest number of deaths per million population, namely NJ, NY, MA and CT. (See worldometers.info/coronavirus/country/us/ for stats.)

Considering the limited number of flights scheduled for September and the expectation that more approvals will be announced in the coming weeks, it is a least a sign that the government has realized that the tourism sector needs to reopen if the country is to survive economically.

Tourists still must show proof that they reside in one of the authorized States and must complete the digital Health Pass form. The must also show Health Insurance to cover accommodations and medical expenses in the chance they demonstrate symptoms of Covid-19 while in the country.

An additional change to the requirement that they show a negative result from a Covid-19 RT-PCR test, allows the test to completed within 72 hours of beginning travel rather than the previous 48 hours. This allows an extra day to obtain the test results.

Minister Segura also confirmed that tourists will be allowed to make connecting flights through authorized cities, provided they do not leave the airport from which they will depart to Costa Rica. This does not include Atlanta, Miami or Houston which are primary sources of flights into Costa Rica, because these cities are not yet on the approved list.

Of course there are exceptions for wealthy individuals who come by private charter or by yacht and are not from one of the approved places of origin. Private flights from unauthorized places of origin must receive approval from the Ministry of Health and the General Directorate of Migration and Immigration by sending an application providing the names of passengers, nationalities and ages, a copy of their passport main page, arrival date and origin of the flight. Seeking investment possibilities, owning property are acceptable reasons for these arrivals.

Private yachts can enter without a PCR test for people onboard, and will be given a quarantine health order. The days they have been at sea from the last port of entry will be deducted from the quarantine.

Another Friday, Another Surprise

Ministry of Health Details Mandatory of Use of Masks