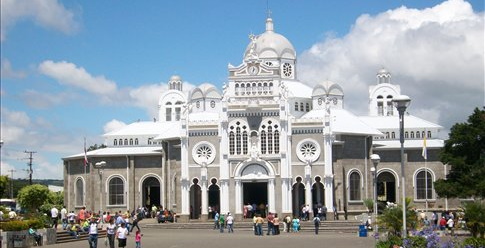 Reports in the media have denounced those who protest over the mandatory proof of vaccination that will be required in Costa Rica as of December 1st, 2021.

Some protesters claim it goes agaist their individual rights over matters of personal health, that are of private concern to the person and their doctor. Others claim that if they have a healthy immune system, they are as capable of taking precautions to avoid getting covid, as they are for other diseases.

Some claim ethical and religious reasons for refusing the vaccines that are available, because they were developed with the use of aborted fetal cells.

In the case of the ethical and religious exemption, several reports have been published in the news denying that this is valid because the vaccines do not contain fetal cells.

We thought we would look ito it. It didn't take long since the claim was reported in a fact check published by Reuters no less.

While stating the vaccines do not contain fetal cells, they do refer to the following.

Fetal cell lines (not fetal tissue) are sometimes used in the development, confirmation or production process of making vaccines – including the approved COVID-19 vaccines.

HEK-293, a kidney cell line widely used in research and industry that comes from a fetus aborted in about 1972; and PER.C6, a proprietary cell line owned by Janssen, a subsidiary of Johnson & Johnson, developed from retinal cells from an 18-week-old fetus aborted in 1985. Both cell lines were developed in the lab of molecular biologist Alex van der Eb at Leiden University.

These fetal cell lines are not taken from recent abortions, but are derived from decades old fetal cells. These cells replicate over decades in laboratory settings, thousands of times removed from the original fetus cells, becoming known as fetal cell lines.

Dr Amesh Adalja, infectious disease doctor and senior scholar at the Johns Hopkins Center for Health Security, confirmed to Reuters via email that the vaccine does not contain traces of fetal cell lines. “Though fetal cells are used in the production of the vaccine, they do not remain after the production process,” Adalja explained. “The contents of the vaccine or filtered in a way that removes extraneous material prior to packaging.”

Science Magazine reported here that cells derived from abortions have been used since the 1960s to develop vaccines such as chickenpox, hepatitis A, shingles and rubella, as well as drugs for diseases like cystic fibrosis, hemophilia and rheumatoid arthritis.

According to reports, the use of aborted fetal cells has been a source of controversy among religious leaders and anti-abortion groups.

On Dec. 21, 2020, the Vatican claimed that in absence of vaccines made from other sources, it is morally acceptable to receive COVID-19 vaccines that were developed using cell lines from aborted fetuses.

An important consideration in the decree from the Vatican’s doctrinal congregation, the Congregation for the Doctrine of the Faith, said the use of such vaccines was permitted as long as there were no alternatives.

The doctrinal office also said that “vaccination is not, as a rule, a moral obligation and that, therefore, it must be voluntary.”

Several vaccines are under development that do not rely on the use of fetal tissue. See here

There are also several prophylactics that are being tested and have published positive results, while continued contolled tests are ongoing.

Further, the Catholic Church has stated, “Those who, however, for reasons of conscience, refuse vaccine produced with cell lines from aborted fetuses, must do their utmost to avoid, by other prophylactic means and appropriate behavior, becoming vehicles for the transmission of the infectious agent. In particular, they must avoid any risk to the health of those who cannot be vaccinated for medical or other reasons, and who are the most vulnerable."

In the US, according to the National Conference of State Legislatures, there are 44 States and Washington D.C. that grant religious exemptions for people who have religious objections to immunizations. Currently, 15 states allow philosophical exemptions for children whose parents object to immunizations because of personal, moral or other beliefs. Noted that this was prior to the current admininstration in the White House.

The reality is Costa Rica is not the USA. Costa Rica has laws that that allow the government to make vaccines mandatory. What is not clear is whether they can still do so with vaccines that are classified for Emergency Authorized Use (EAU) only. All vaccines presently in use in Costa Rica fall under that category.

According to Statista.com as of 2021 54.8% of the population are Catholic so it should be of consideration when implementing vaccine mandates.

No matter which side of the debate one is on, it is important to note that the majority of unvaccinated are not against vaccinations, but that exemptions should be allowed.

Laws can be challenged in court, and laws have been rescinded by peaceful protest. There is no need for threats, violence or slander. All sides need to debate facts openly and show compassion and consideration for all, not just the majority.

Toursts will be required to prove vaccine status