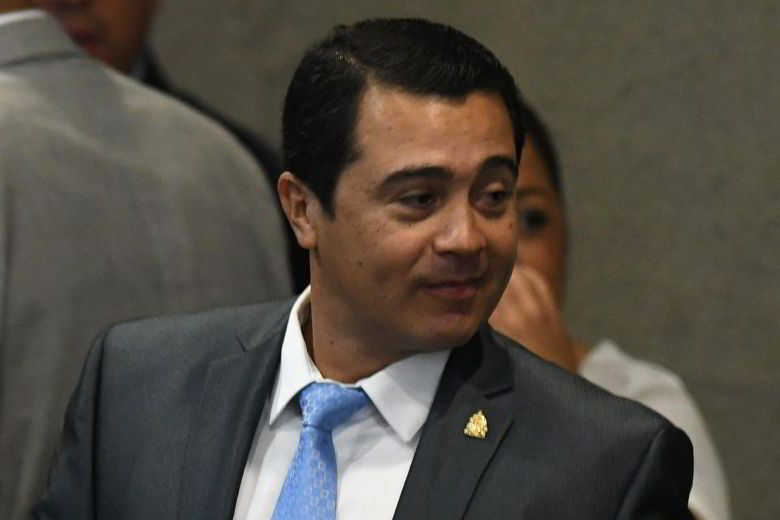 The brother of Honduran President Juan Orlando Hernandez was arrested Friday on charges of trafficking cocaine, weapons offenses and making a false statement, according to the US Department of Justice.

Authorities with the Drug Enforcement Administration (DEA) arrested Antonio Hernandez Alvarado, also known as "Tony Hernandez," in Miami, but he is being prosecuted in New York. Hernandez, 40, is a former member of the National Congress of Honduras, the indictment states.

A federal indictment states Hernandez was involved in processing, receiving, transporting and distributing multi-ton loads of cocaine that came to Honduras by plane, boat and, on at least on occasion, by submarine. The indictment also states Hernandez had access to labs in Honduras and Colombia, where some of the cocaine was stamped "TH" for Tony Hernandez.

Hernandez would also coordinate and sometimes participate in the heavily armed security of cocaine shipments within Honduras. He and members of the Honduran National Police were armed with machine guns and other weapons, the indictment states.

A 2014 video and audio recording caught Hernandez meeting with Devis Leonel Rivera Maradiaga, the leader of a Honduran drug-trafficking organization called "Cachiros." During the meeting, Hernandez agreed to help the Maradiaga launder money from the country's government. Maradiaga paid Hernandez $50,000 during the meeting, the indictment said.

"Hernandez allegedly arranged machine gun-toting security for cocaine shipments, bribed law enforcement officials for sensitive information to protect drug shipments, and solicited large bribes from major drug traffickers," said Geoffrey S. Berman, a federal prosecutor in New York. "Thanks to the ongoing work of the DEA, Hernandez is now in custody on US soil and facing justice in the US courts."

Hernandez faces a maximum of life in prison if found guilty.