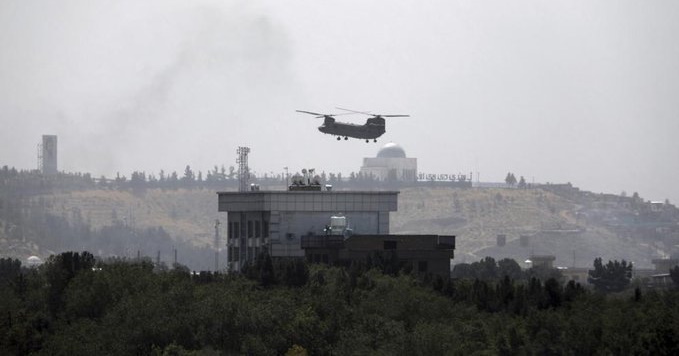 The Taliban forces have entered the city of Kabul this morning as the President of Afghanistan is evacuated and has left the country.

All commercial flights in and out have ceased and NATO forces are assisting in the evacuation of embassy staff and Afghan civilians.

The Pentagon had earlier estimated about 30,000 people would need to be evacuated by the end of the month, under the original deadline set by President Joe Biden. Rather than wait for the withdrawal, the Taliban has seized control of the country in just over a week.

The Taliban have taken control of the main prison in Kabul, releasing hundreds of Islamic fighters and other prisoners.

The Taliban appear to have agreed to hold off on further incursions while they await a negotiated transition to the new Islamic Emirate of Afghanistan under the rule of the Taliban. A complete return to the way things were in 2001, prior to the US invasion, and after an estimated 2 trillion in expenses to the US.

And how Biden got it so wrong....Here