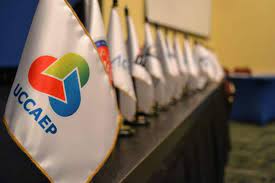 The Costa Rican Union of Chambers of Commerce and Associations of the Private Business Sector (UCCAEP) are annoyed at the refusal of the Executive Power to extend the sanitary vehicle restriction until 11:00 pm as formally requested.

Last Friday, the Government notified UCCAEP that as of August 9, restrictions would change from 9:00 p.m. to 10:00 p.m.

The commercial and restaurant sectors had expectations that the increased hours they had requested would increase sales prior to Mother's Day, allowing businesses to rehire personnel who were dismissed due to the economic crisis caused by the Covid restrictions.

The business leadership believes that the decision to extend the vehicle restriction for only one hour and the attention of establishments with a health permit to operate will do little to prevent the loss of more jobs in the formal private sector. They indicated through a press release.

In a letter sent on July 1 to the Executive Branch, UCCAEP formally requested that the sanitary restriction begin at 11:00 pm, taking into account the disappearance of 12% of companies in the tourism sector, 8% in the transportation sector and 1.43% in the commercial sector, which represents a total of 260 companies of various sizes.

Once again we are left without being presented with the technical criteria in decision-making by the Executive Branch, because while the data presented today indicate that COVID-19 infections are going down, the extension of the schedule of the restriction of vehicles and the operation of restaurants, shops and others, is only one hour, without there being a balance in the agreed measures. Added José Alvaro Jenkins, President of UCCAEP.

The business leaders have stated that time limitations are not the way to reduce contagion, instead the way is to speed up vaccination and that the formal private sector has been very responsible in applying the established protocols dictated by the government. The sector that is making great efforts to continue generating employment should not be punished any more.

According to information from the Chamber of Restaurants and Related Products (Cacore), extending the restriction for two more hours, would allow the sector to hire 10,000 people who were dismissed from their jobs during the pandemic, boosting formal employment in the country.

They also point out that the increase in their sales would translate into an increase in the collection of ¢10,500 million per month for the tax administration.

Costa Rica has an unemployment rate of 18.1 % down from a high of 24% this time last year according to inec.cr.